Wilco's biannual Solid Sound festival is at least as much about the visuals as the audio. It takes place at MASS MoCA — the Massachusetts Museum of Contemporary Art — the largest space of its kind in the country. You'll find photos on the WFUV Flickr Stream and in the slideshow embedded below. And keep scrolling for post-fest thoughts from FUV DJs Alisa Ali, Carmel Holt and Rita Houston. 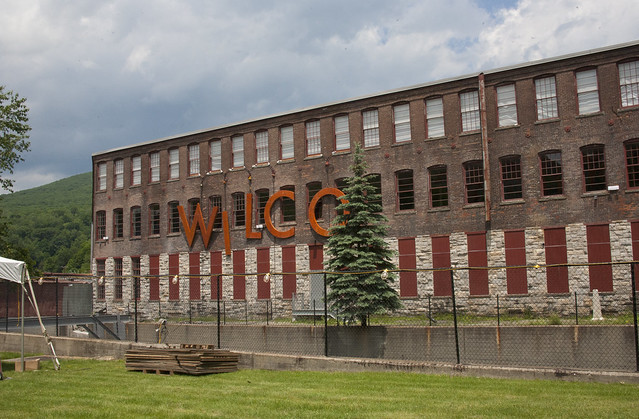 Solid Sound is a well curated and relaxing festival. The site, MASS MoCA, is very welcoming, sitting among rolling hills. The three main stages are set alongside the museum, which from the outside looks like the set of an old western movie. The inside is very modern, though, and houses a brilliant collection of contemporary art. (One of my favorite stops is the fantastic multimedia exhibit by Laurie Anderson.) Several pop-up performances happened inside the galleries too. We filmed a great performance of Nancy & Beth doing a little song and dance for an audience that filled every spare inch of the Hall Art Foundation building.

Out in the sunshine, you can wander from performance to performance in a leisurely manner, stopping to shop for records or get your vinyl signed by the artists. Sip on some lemonade or have a beer in a loose crowd while watching live sets from bands like Kevin Morby, Kurt Vile & The Violators, and of course, Wilco — the main attraction! The Wilco fans were united in their unabashed love for the band. This is an audience who really knows their vast catalog of songs, and will step in for a sing-along in a heartbeat... and even sound good doing it. It is so magical to watch one of your favorite bands playing your favorite songs under the sky blue sky.

For Wilco fans, this was one for the books! Every Solid Sound packs surprises for devoted fans, and this year was no exception. It began with Friday night's first Wilco set: a fan-selected album in its entirety. Hearing the winner, Being There (the 1996 sophomore album) performed with the current lineup (only Jeff Tweedy and bassist John Stirratt was on the original recording) was absolutely incredible. But the night took on an even bigger significance when the first big surprise of the weekend was unveiled: the "encore" was a second album performed in full, Yankee Hotel Foxtrot, one that many would argue is the pinnacle of Wilco's catalog. It should be noted, for superfans, that Yankee Hotel also marks a significant turning point in the Wilco lineup timeline: the current lineup featuring Glenn Kotche, Mikael Jorgensen, Nels Cline, Pat Sansone, John Stirratt and Jeff Tweedy, would come together over the next few years and two albums. So seeing Yankee Hotel performed with this lineup was equally, if not more, special.

As with every Solid Sound, the magical setting of MASS MoCA — a thirteen-acre, stunning modern arts complex, housed in gorgeous turn-of-the-century brick and concrete industrial buildings — gave the festival, with all its pop-up performances, courtyard stages, winding paths and Berkshires surroundings, an almost surrealistic feeling. To be sure, it was a feast for the senses, and a total joy to explore.

The Wilco family continues to grow, and each Solid Sound always celebrates the relationships the band has with other artists, and their own excitement for music discovery. For example, this year, the lovely Joan Shelley performed - an artist who just recorded her album at The Loft in Chicago, produced by Tweedy. Another relative newcomer, Canadian songwriter Andy Shauf, had been hailed by Tweedy at the 2016 Polaris Music Prize Gala, and did a fantastic set at Solid Sound. Band-on-the-rise Big Thief probably garnered the biggest crowd at their Saturday performance. At each of these sets, members of Wilco (and other bands performing that weekend) could be seen side stage, or in the audience, appreciatively watching.

Solid Sound always has a few heritage bands to pay homage to their roots, and this year was really, really special. Proto-punk band The Shaggs reunited to perform for the first time in 18 years. And Television brought their 40th anniversary celebration of Marquee Moon to the stage — a nice connection from the all-request, all-covers set Wilco played back in 2013, where they covered the title song from that album.

The Sunday lineup of Wilco side projects was the best yet, as it was the most fully representative of each member of the band. We heard from On Fillmore, Glenn Kotche's Brazilian-jazz-infused project, to the avant-jazz of the Nels Cline Four, to the sweet, California-folk-rock of The Autumn Defense, the long-time band of John Stirratt and Pat Sansone. A standout was the new electronic band of keyboardist Mikael Jorgensen, called Quindar, a duo project with art historian and curator James Merle Thomas. To quote the press release: "Combining archival research with musical composition and performance, the duo uses historically significant audio recordings and film to create experimental electronic music and synchronized video projections. The duo derives its name, Quindar, from the ubiquitous transmission beeps heard during NASA’s early manned spaceflight missions, and their first LP, Hip Mobility, is built from elaborate use of audio recordings from NASA archives of that golden era." WOW. The multi-media performance was just as amazing as it sounds.

And to bring it all back to family, the festival closed again with Tweedy — the father/son-led band of Jeff and Spencer Tweedy, with a first-time guest appearance from Spencer's brother Sammy, a solo acoustic set by Jeff, and nods to their extended family of Mavis Staples, performing a couple of songs from albums Jeff has worked on with her. The last two songs of the weekend were perfect singalongs, led by a beaming Jeff Tweedy, backed by all members of Wilco - "California Stars," and then, invoking the spirit of Levon Helm, who helped close the 2011 festival, they played "I Shall Be Released," the song they closed with that year.

Festivals are all about community, and Solid Sound leads that pack with the unique backdrop of MASS MoCA as the site, and Wilco as the centerpiece. The music was shining bright, and as Jeff Tweedy said during the Tweedy closing set: "We are all here to inspire one another." It was an inspiring weekend for all of us too, and a great reminder that more than ever we need to let kindness lead the way — and go to a museum! 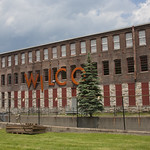 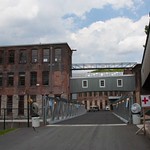 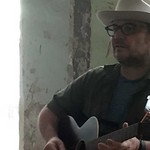 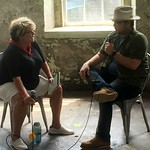 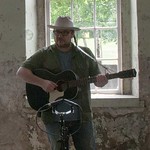 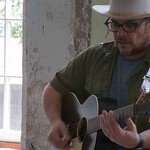 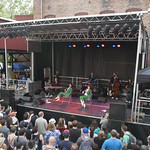 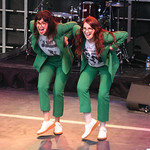 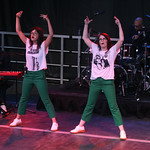 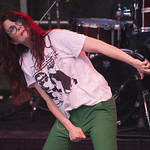 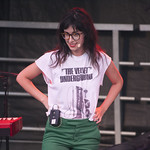 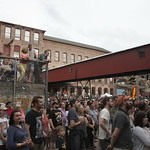