Shawn Colvin is a treasured friend with a big anniversary to celebrate and a fresh approach to the album that made her a star: 1989's Steady On.

Colvin's storied career has had more hit songs along the way, like "Sunny Came Home" and "Get Out Of This House," as well as collaborations with Steve Earle, covers projects, and many hours on the road. In revisiting her debut album, Colvin inhabits the space of the songs from a lifetime ago, with the benefit of hindsight and being able to know where it all led to. It's given the songs a new edge and a wise and knowing quality.

In her latest visit to Studio A, Colvin discusses how "Diamond in the Rough" was the song that got the ball rolling and how she found her voice through it. She talks about how revisiting her debut churned up feelings of insecurity at the start that she got past through her long, successful career. Also, she outlines how the songs of others have inspired her through two covers albums (Cover Girl and Uncovered) and what the future holds.

Colvin was celebrated in October with Buddy Guy and Lyle Lovett at the "Austin City Limits" Hall Of Fame, and it will air as a PBS special on New Year's Eve. 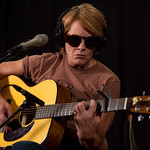 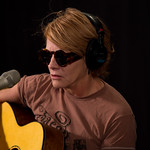 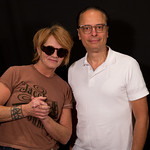 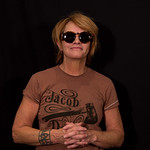 Cavalcade
with Paul Cavalconte
SUPPORTED BY

Question of the Day
Harlem in Song