Robbie Robertson has four big plates spinning these days—two film projects, a new album, and an anniversary reboot of a classic.

The iconic songwriter, guitarist, and film composer speaks at length, and with affection and candor, about his complex relationship with his brothers in The Band: Levon Helm, Rick Danko, Richard Manuel and Garth Hudson. "Once Were Brothers," the title of a new song on Robertson's just-released Sinematic, also serves as the name of a film biography about Robbie and The Band from Canadian indie filmmaker Daniel Roher.

The 50th anniversary of The Band’s self-titled second album brightens the mixes and offers alternate takes that expand our insight into this seminal rock and Americana work. Robertson details the creation of a few tracks, and how the character-driven songs were composed with each of the three “lead” singers in mind.

Sinematic is Robertson's first new album in nearly a decade, and it loops into his recent work scoring Martin Scorsese’s "The Irishman" with a standout new song called “I Hear You Paint Houses,” featuring the Irishman of music, guest vocalist Van Morrison. Robbie’s long friendship and occasional collaboration with Van fills our talk, as does his equally long and very stable creative partnership with Scorsese on films like "The Last Waltz," "Raging Bull, "The King Of Comedy" and on to the newest opus.

The Band is one of my unabashed musical obsessions, and it is an honor and a thrill to hold high summit with this true music legend on my show. It was just as validating to hear how closely he follows WFUV; the station streams as a near-constant backdrop in his Los Angeles home. Welcome back to the Bronx, Robbie!

Listen to my conversation with Robbie Robertson on demand via the player above, also airing on 90.7 and streaming online on Monday, November 25, at 7 p.m., EST. 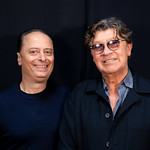 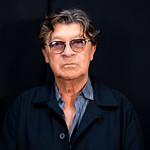 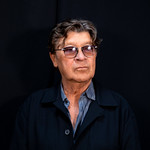 Cavalcade
with Paul Cavalconte
SUPPORTED BY