It’s been a decade since Scottish singer-songwriter Scott Hutchison formed the band Frightened Rabbit. After four albums, a major label record deal and an intense few years of touring and gaining a huge international audience, he was drained. It was obvious to everyone, including his label, that Scott not only needed take time off from his band, but also to pursue his desire to record some songs on his own. With the blessing and support of his label and his bandmates, he and some members of Frightened Rabbit decamped to the Isle of Mull off the coast of Scotland and commenced a fast-paced recording project dubbed Owl John (Scott’s embellished middle name).

The songs of Owl John have faint echoes of Frightened Rabbit but are clearly not Frightened Rabbit. They are a time capsule. They document a specific moment in time for the band's creative force as Scott worked out his disillusionment and doubt, finding his way back to writing songs the way he had before. He shed the pressures of fan expectations, preconceived notions of what the songs would sound like and even the worry of success.

The palate cleansing exercise produced a set of Scott Hutchison’s most immediate, intimate songs to date. He has shared his catharsis with us in Owl John and as we saw in Studio A, he is newly reinvigorated. It leaves us feeling more excited than ever for the next Frightened Rabbit album, already in progress. My interview with Scott is coming soon on WFUV. In the meantime, enjoy video of the live performances. 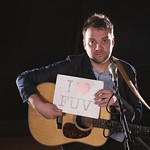 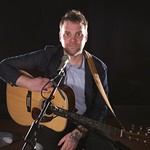 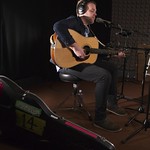 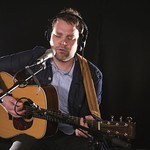 Sólstafir in Studio A (photo by Thomas Koenig/WFUV)

Question of the Day
The Sun!

(Photo by Baihaki Hine from Pexels)

Question of the Day
Lost