British singer, songwriter and agile multi-instrumentalist Jack Garratt was part of the diverse, international lineup of this year's SXSW Radio Day Stage, powered by VuHaus, on Friday, March 18, broadcasting live from Austin, Texas, on WFUV 90.7FM with a video simulcast on VuHaus.

Winner of the Brit Awards' Critics' Choice and the BBC Sound of 2015, the music industry tastemakers poll that also chose Adele and Sam Smith as future stars, Garratt was deemed a success even before his debut album, Phase, was released this winter. The Buckinghamshire native's nimble shift between pop, blues, two-step, electronic, dance, dubstep, and even jazz reflects the jittery intensity of his athletic one-man live shows.

On Phase, the bearded and gregarious Garratt native zigzags from the romantic anguish of "Weathered" to the epic restlessness of "Chemical," his vocal prowess, from fierce rumble to plaintive falsetto, as far-ranging as his musical interests. Even electric blues came into play when Garratt opened our SXSW Radio Day Stage showcase. You can listen to his set below, but be sure to watch video to get the full experience of one artist creating a band's worth of sound and more. 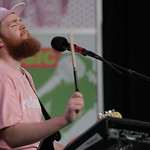 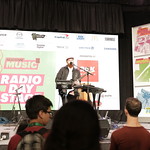 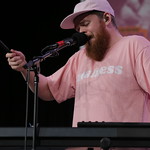 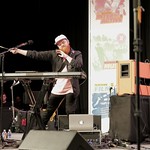 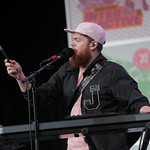 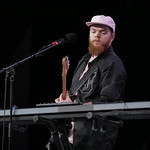 Question of the Day
Purple

Question of the Day
In the Swim of Things

Question of the Day
Bridges