When listening to Husky's wistful and autumnal second album, Ruckers Hill, it's not difficult to find parallels between the silvery sounds conjured by the Melbourne duo of Husky Gawenda and his cousin Gideon Preiss and classic Simon and Garfunkel. The comparison isn't just drawn from Husky's uncanny knack at crafting beautiful harmonies and emotionally resonant arrangements; there's an attention to detail in Gawenda's lyrics that eloquently captures a moment, a mood and a specific locale. It's delicately Simonesque, although Gawenda looks more to the gruffer Leonard Cohen as his muse.

Husky's 2012 debut Forever So was also smart, thoughtful and heartfelt—although never sentimental. In fact, that careful avoidance of sweetness for something more darkly complex is the band's strength. When Gawenda and Preiss visited Studio A recently, the pair performed "Saint Joan" and "Mirror," two songs that are intrinsically linked, like the hushed segue from summer to fall.

Watch videos of Husky below and look for the forthcoming FUV interview with the band. 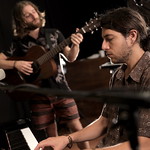 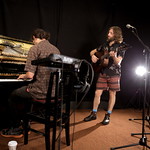 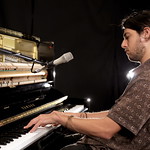 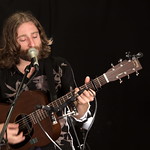 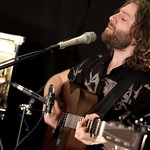 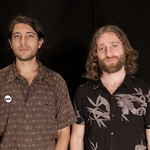