Frances in Studio A (photo by Sabrina Sitton/WFUV)

In late 2015, British singer and songwriter Sophie Frances Cooke — who records as Frances — was shocked to learn that she had made the long list of the BBC Sound of 2016, handpicked by the UK music industry as one of 15 promising artists in the year ahead. She was also shortlisted for the 2016 Brit Awards’ Critics Choice honors.

Frances spent much of 2016 touring and working on her debut album, called Things I’ve Never Said, which is slated for release on March 17. It pairs Frances with notable producers like Greg Kurstin, who has worked with Adele, Jimmy Napes of Sam Smith fame, and Disclosure’s Howard Lawrence.

Despite that high profile production team, Frances remains very centered when it comes to her songwriting, often preferring to play solo on piano on tour. Simplicity is her mantra. When Frances visited Studio A several months ago, we talked about her deep admiration for Carole King, her early years as a violinist, and the secret behind the perfect pop hook. 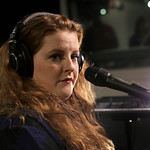 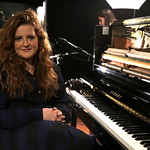 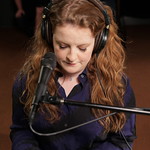