This week at SXSW, FUV caught up with several young artists and bands, all on the verge of bigger things, at Austin's Hotel Saint Cecilia. North Yorkshire's Billie Marten is only 16 years old, but her ferociously fragile folk rock, as found on her powerful EPs, Ribbon (2014) and As Long As (2015), reveals a sage and perceptive soul.

Marten, whose real name Billie Tweddie, counts John Martyn, Kate Bush, Thom Yorke, and Damien Rice among her many artistic inspirations. The young singer and songwriter has been championed by BBC Introducing and earned a place on the BBC Sound of 2016 longlist, but her speedy road to recognition had a serendipitous start: four years ago her mother posted a YouTube video of a then 12-year-old Marten singing a Lucy Rose song, for her grandparents. Marten ended up with thousands of viral video hits and TV talent show offers (which she turned down).

Now she is working on her debut album and kindly added a stop at Hotel Saint Cecilia to her SXSW schedule, performing her song "Bird" with keyboardist Ben Burrows and a few birds as well. 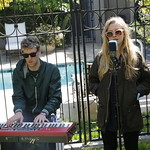 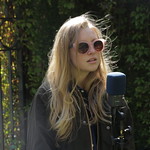 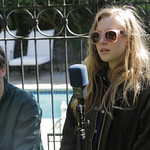 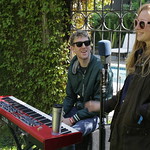 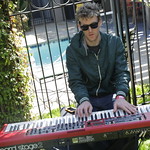 FUV Live with The Breeders (photo by Gus Philippas/WFUV)

From the Vault: The Breeders

Question of the Day
Fathers

Question of the Day
"New" Songs