The night's performers gathered for 'Long May You Run' to close out the evening. [Photo by Neil Swanson]

How fantastic was it? Well, there were three stages (and a "chill" room), a stellar line-up of musicians — Josh Ritter, The Record Company, Nicole Atkins, and the Stella Blue's Band — whiskey and tequila tasting bars, oh-so-heavenly hors d'oeuvres (and brisket and veggie sliders), and a high-octane auction, which included an autographed guitar from the Indigo Girls, Hamilton orchestra tickets, and a Canadian ski getaway.

The best part of every WFUV High Line Bash are the people, dressed to impress (including one guest in a head-to-toe tangerine suit) and head over heels with their hometown radio station — and as you can tell from the photos, everyone bonded over some seriously great music. Introduced by Houston, Nicole Atkins, longtime FUV friend and pride of Neptune, New Jersey (now living in Nashville) kicked off the evening's performances in Studio D. Her set was the essence of a summertime party on the beach, as Atkins stirred up some sublime soul sweetness and fire with songs from her excellent 2017 album, Goodnight Rhonda Lee, and older favorites.

Joined by her band — which included FUV's "The Boogie Down" host Binky Griptite on guitar — Atkins was a tower of vocal power, tearing through songs like "Brokedown Luck," all sultry groove and ferocious chops, and the yearning "Cry Cry Cry" from 2011's Mondo Amore. The torchy "A Little Crazy," which Atkins co-wrote with Chris Isaak, prompted her to playfully jump off stage and slow dance with a surprised Houston. "I love WFUV, " declared Atkins before the end of her set. "They've supported me since the beginning."

Atkins was also an integral part of the WFUV High Line Bash silent auction, offering a selection of her own "Sad Animal" paintings and a chance to sing a karaoke duet with her — which she did at evening's end, belting out Lesley Gore's "You Don't Own Me" with winner Kevin (triumphant three years running!) and backing him on a boisterous sing-along of Neil Diamond's "Sweet Caroline" (which pretty much included everyone crowded into the Studio A piano bar too).

While Bash attire didn't include too many elaborately tie-dyed T-shirts with dancing Owsley bears — well, there was one dead-icated guest in that very thing— there was plenty of Grateful Dead love (and some twirling) in Studio C as Port Chester, New York's Stella Blue's Band channeled the spirit of San Francisco — and Jerry Garcia, Bob Weir, Phil Lesh, Micky Hart and the rest of the crew — with two jamming sets. Introduced by FUV afternoon host Dennis Elsas and late night host Darren DeVivo, the acclaimed tribute band, which has made Garcia's at the Capitol Theatre their homebase for five years, opened with a blissed-out, labyrinthine "Shakedown Street," which grooved out for a good 15-plus minutes. Their second set got deep into heady Dead wonderland with the likes of a slow-burning "Scarlet Begonias" and "Fire On the Mountain." (The septet even includes a Fordham grad, Marc Loponte.)

Los Angeles's The Record Company, one of FUV's Artists to Watch in 2017 (and voted by FUV listeners at their Top Discovery of 2016 for their Grammy-nominated debut, Give It Back To You) returns with a brand new album, All of This Life, released on June 22. The charismatic trio transformed Studio D into an exhilarating rock 'n' roll revival tent, with singer and guitarist Chris Vos, bassist Alex Stiff, and drummer Mark Cazorla attacking every song with evangelical thunder. Introduced by FUV morning host Corny O'Connell, they doled out gutsy, thumping rockers like their new single, "Life to Fix," and "Rita Mae Young" from Give It Back To You.

Vos, who switched between bounding across the stage with his guitar (and literally levitating, bouncing on his heels) or sitting with his vintage Fender lap steel, is a volcanic presence, snarling through hits like the woo-hoo wonder "Off the Ground" with an arresting, bluesy fury. It was an amazing set with arena-sized ambitions — and Vos was effusive in his FUV love, praising the station as "one of the few remaining pioneers that plays new music."

Another FUV pal, Josh Ritter,  joined by his Royal City Band, took the stage in Studio D at 10 p.m. sharp, introduced by FUV midday host Carmel Holt. Ritter, who has been on tour, is still riding high from his acclaimed 2017 release Gathering, an ambitious folk-rock juggernaut of gospel, soul and jazzy tangents, punctuated by his sharp, literate and often very funny observations. His set was a generous overview of all that Ritter's fans love — rollicking songs like "Showboat" and the bittersweet beauty of "Thunderbolt's Goodnight," from his most recent album, and older gems, like the exquisite "Snow is Gone," from 2003's Hello Starling, which Ritter played solo, strumming his acoustic guitar with a beatific grin.

"I've been so, so lucky to have been part of FUV for so long," said Ritter, who ended his set with "Getting Ready to Get Down," from 2015's Sermon on the Rocks. He then brought out Atkins, members of the Stella Blue's Band,  Broadway actress and Loser's Lounge alumnus Marcy Harriell, and Brandi Thompson of Brandi & the Alexanders for an end-of-party encore, with a buoyant group serenade of Neil Young's "Long May You Run."

Ritter called the 2018 High Line Bash "an amazing night" and he was spot on — the #FUVBash was a warm, lavish celebration for the radio station and its extended family of listeners, members, staff, DJs, and musicians.

If you were at this year's High Line Bash — or hope to make it next year — you can relive the night with scores of photos found on the WFUV Flickr stream. We also used #FUVBash on Twitter and Instagram, and there's Facebook Live video and photos too.

As always, a hearty, grateful thanks to everyone who helped this year's High Line Bash soar, especially: 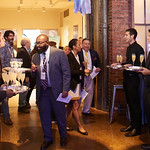 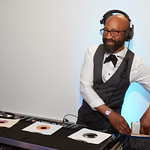 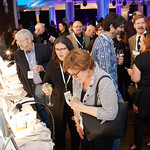 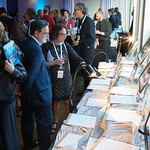 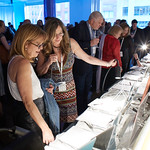 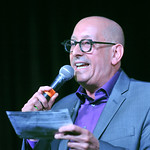 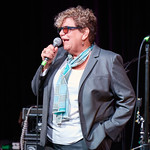 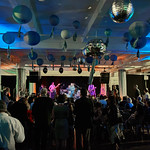 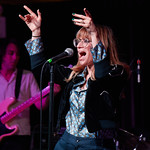 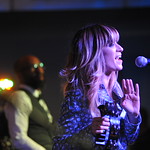 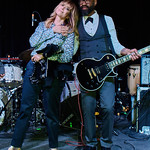 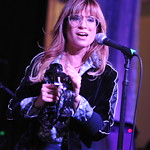 Question of the Day
Speed of Sound

Question of the Day
American Spirit

Question of the Day
Poe Day