Britt Daniel (of Spoon) met Dan Boeckner (of Wolf Parade and Handsome Furs) in 2007. They kept in touch, played some shows together, and the musical romance eventually moved on to California to blossom into the so-called ‘supergroup’ Divine Fits (@DivineFits), with the addition of Sam Brown on drums and Alex Fischel on keys.

They went public in 2012 with A Thing Called Divine Fits, and their first, surprise public performances were in Austin, Texas, where we meet up with them now for the Public Radio Rocks Day Stage at SXSW 2013.

FUV’s Music Director Russ Borris says, "‘Supergroup’ gives the impression of a bunch of musicians who are passing time between their regular gigs to play around a bit — [but] Divine Fits is no side project. This is a great new band.”

Daniel and Boeckner share songwriting duties for the Divine Fits, and vocals as well – and as you can see in this performance, they also share a blistering stage presence and some serious guitar skills.

And for Dan fans: Boeckner recently scored a film soundtrack, for John Cusack's Adult World with Emma Roberts, which premieres at the Tribeca Film Festival in April.

WFUV's South by Southwest 2013 music coverage is graciously supported by TuneIn.
Funding for WFUV’s ongoing coverage of live concerts and festivals comes from The Agnes Varis Trust, supporting affordable access to the arts, education and healthcare. 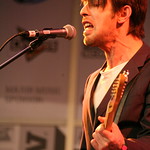 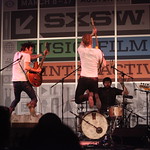 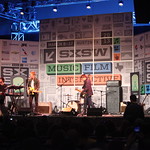 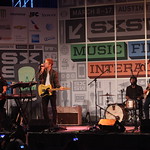 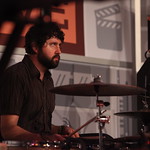 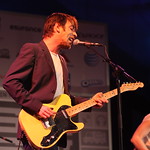 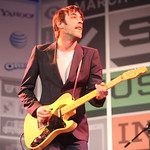 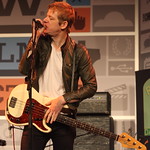 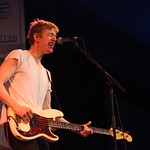 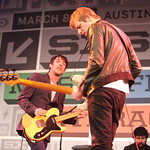 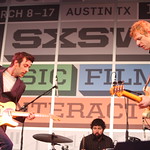 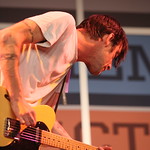 with Laura Fedele
SUPPORTED BY

Question of the Day
Fleet Week

Levon Helm at the 2008 Newport Folk Festival (photo from WFUV)

Question of the Day
Singing Drummers