Hailing from Austin, Spoon represents the best of that Texan town’s musical instincts: they are modern, adventurous, and eclectic. It was great to see them on stage at Forest Hills Stadium on Saturday night, August 17, as part of a fantastic bill that included Beck, Cage the Elephant, and Sunflower Bean too — all broadcast live on FUV from the WFUV Clubhouse. I co-hosted with my pal, Alisa Ali.

Led by songwriter, singer, and guitarist Britt Daniel, Spoon utilize a minimalist approach: they use the least amount of notes and instrumentation as they create melodies that are just as likely to be rooted in keyboards as guitars. Drummer Jim Eno, who co-founded Spoon with Daniel in 1993, is the straw that stirs the rhythmic drink, providing propulsion and some of the hiccupy beats that mesh well with the group’s crafty and understated use of electronics.

Daniel’s lyrics, like the arrangements that accompanies them, are smart with a sense of humor and not a whiff of cliché or pretension. All of that amounts to why Spoon has been able to produce nine varied, very rewarding albums. (Their most recent release, as they work on their tenth album, is a greatest hits collection called Everything Hits At Once: The Best of Spoon.)

They are even better live. On stage at Forest Hills Stadium, they zigzagged through highlights of their catalog and especially soared on Gimme Fiction's  "I Turn My Camera On" and my fave, "The Way We Get By," from 2002's Kill the Moonlight. They kept the audience moving and grooving and left some room for the songs to breathe. These are the charming attributes that have allowed Spoon to enjoy a quarter century's worth of longevity. No one gets to hang around that long without knowing how to entertain a crowd and have fun doing it.

Daniel, clearly enjoying himself and sporting a cowboy hat suitable for a Texan, especially on this steamy August evening, shared a few tidbits with the audience, like being inspired by the Supremes when he was struggling over how to finish "You Got Yr. Cherry Bomb," from 2007's Ga Ga Ga Ga Ga.

The release of Everything Hits At Once, which also offers one new song, “No Bullets Spent," which they also played, gives the current Spoon tour the feel of a well-deserved victory lap. Seven of the 13 tracks on the collection were included in the night's set that still satisfied fully despite being limited to 45 minutes because of the quadruple bill and neighborhood curfew. 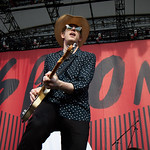 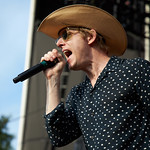 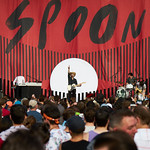 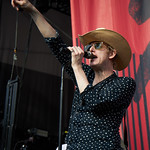 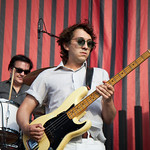 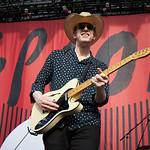 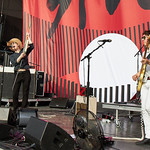 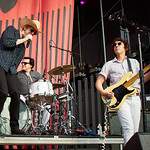 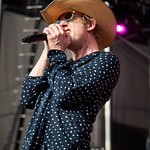 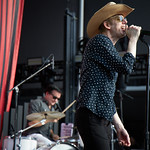 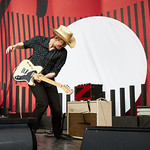 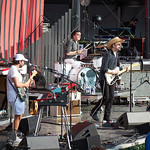