Richard Lloyd, one of the founding members of New York's legendary Television, stops by WFUV to talk about and play songs from his new solo album, The Countdown.

His 1979 solo debut album, Alchemy, is masterpiece, and was a favorite of mine in my earliest days on the air at WFUV. His second release, 1986’s Field Of Fire, and subsequent live album, 1987’s Real Time, cemented my love for Lloyd’s music and guitar playing.

It was a thrill to meet Lloyd at the WFUV studios recently. With Television, Lloyd played a critical part in the establishment of the New York's punk movement in the '70s, helping to create the band’s distinctive art-punk sound marrying traditional guitar-driven rock with the improvisational nature of jazz and the inventiveness of the avant-garde.

Television’s beginnings can be traced to back to the Neon Boys, founded in 1972 and initially featuring guitarist and lead singer Tom Verlaine, bassist and vocalist Richard Hell, and drummer Billy Ficca. By late 1973, the band regrouped as Television, with Lloyd joining as second guitarist. Within months, they were performing at CBGB, Max’s Kansas City and other New York City clubs, establishing themselves as a can't-miss live act. Hell eventually departed and former Blondie bassist Fred Smith took over on bass.

Following 1978’s Adventure, artistic and personal disagreements led to Television's breakup. The band would reform in 1992, releasing an eponymous third and final album. For the next decade and a half, Television sporadically performed live and continue to do so even though Lloyd officially left the band in 2007,  replaced by guitarist Jimmy Rip.

Lloyd has plenty of tales about Television on this edition of FUV Live too, much of it found in his recent memoir, Everything Is Combustible. 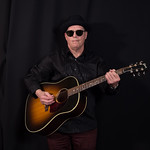 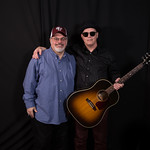 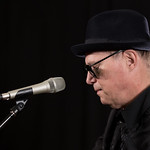 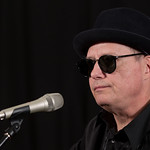 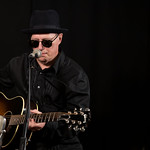 Nights
with Darren DeVivo
SUPPORTED BY

Question of the Day
Fiddling Around

Question of the Day
Smoke

Question of the Day
Roller Jams

Question of the Day
I've Been Through the...