Phases with Rita Houston at WFUV (photo by Brenna Keeley)

The new single from Phases's forthcoming album is called "I'm in Love with Life" and sets the tone for this Los Angeles-based band. The carefree, fun-loving, well-crafted pop and disco tunes are the work of good friends who first met doing karaoke while in other bands. Jason Boesel was the drummer for Rilo Kiley and Bright Eyes' touring band,  Alex Greenwald was lead singer of Phantom Planet, Michael Runion played guitar with The Elected, and Elizabeth "Z" Berg was guitarist and singer for The Like.

Phases, which used to be called JJAMZ, are currently finishing up their debut album under their new name. Until then, enjoy the quartet's stripped-down performance at WFUV. 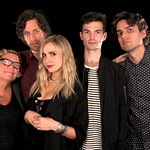 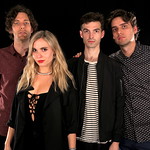 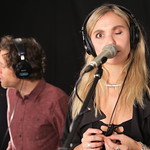 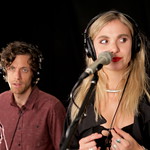 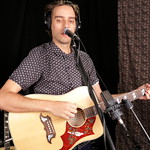 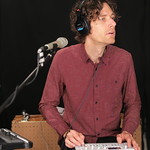 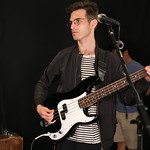 Question of the Day
Naked