Sometimes it felt like we were paying as much attention to the weather radar as the music, but in the end, there was sun.

Day 3 at Newport had quite a finale: the skies cleared up, and a mutual admiration society of Dawes, Jonathan Wilson, Tom Morello and Sara Watkins held court on the Fort stage with Jackson Browne as their leader, soaking it all up. "Lawyers, Guns and Money" with a Tom Morello solo... Maybe the first time an electric guitar has been played with teeth at Newport? Probably a tie with "These Days" for my highlight of Jackson's set.

Even though Dawes performed yesterday, they seemed to be everywhere today. They joined Conor Oberst in his set, which featured Jim James and First Aid Kit too. Sara Watkins also made the rounds (including a stop at the kids' tent with Chris Thile) and during her own set, brought up Charity Rose Thielen from The Head and the Heart—a band that is a repeat Newport highlight for me. They are just so great live, and to me, they epitomize the festival's spirit of music-making and camaraderie.

Charles Bradley & His Extraordinaires were in fact extraordinary; The Tallest Man on Earth somehow managed to bring a band's worth of power and intensity to his solo acoustic performance; Gary Clark, Jr. might have melted some faces with his (very) electric solos; tUnE-yArDs really just blew minds in an awesome display of audio agility; and Punch Brothers... well, a Beck cover was only the beginning. There may be debate about whether Newport is still a "folk" festival, but for folks who are music fans, it's tough to beat.

Congrats to the Newport Folk Fest team and thanks to the NPR Music crew and partner stations for making FUV's broadcast possible. More photos below! 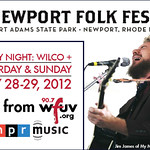 Newport Folk Festival 2012
9 years ago ago by WFUV Public Radio. 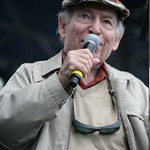 Newport Folk Fest 2012: The Scene
9 years ago ago by WFUV Public Radio. 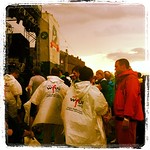 Waiting at @NewportFolkFest with all the other @WFUV fans
9 years ago ago by WFUV Public Radio. 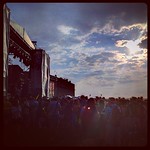 Blitzen Trapper brings out the sun at @NewportFolkFest - by @WFUV
9 years ago ago by WFUV Public Radio. 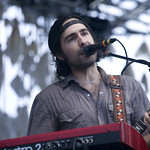 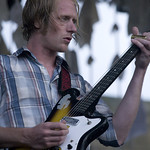 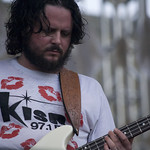 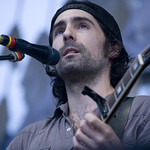 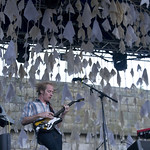 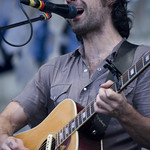 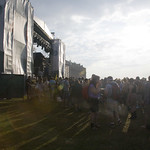 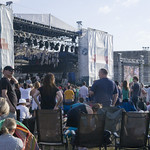 with Sarah Wardrop
SUPPORTED BY

Question of the Day
Weights and Measures

Question of the Day
Commencement Speaker?