Hailing from Ottawa, Canada, Leif Vollebekk is a multi-instrumentalist and singer/songwriter known for his somber, melancholy pop songs that capture the themes of yearning, long-lost love, and adventure. During his childhood and teens, he discovered the music of Bob Dylan, Neil Young, and Lou Reed whilst also discovering a connection with the writings and works of Beat Generation authors Allen Ginsberg and Charles Bukowski. Having tried his hand at a multitude of instruments, he was initially interested in composition and shaping a song, rather than the lyrics; that is, until he heard Dylan's "Simple Twist of Fate." With a newfound obsession for illustrating stories and images with words, he sought to expand upon his creative abilities and headed to Iceland to discover his Nordic roots. Immersed in the country's unique culture, and experimenting with different types of sound and songwriting, he eventually found his sonic palette, described as falling "somewhere in between Sigur Rós and Bob Dylan." Feeling confident with this, he returned to Canada, settling in Montreal, and got to work on a cohesive collection of songs. The result was Inland, released in 2010 through Fontana North. The record was commended for effectively exposing the little-known Icelandic country scene.
North Americana After promoting the album on tour, he then set about working on his sophomore effort, North Americana. Determined to focus even more on creating inventive and magnetic lyrics, he also sought to introduce an altogether fresh aural tone to the album and traveled to New York to enlist the talents of engineer Tom Gloady (Ryan Adams, Sigur Rós). The album took a while to record, with Vollebekk holding sessions in Montreal, New York City, and La Frette-sur-Seine in France, painstakingly going through take after take to perfectly encapsulate the mood he was searching for. This, in part, was also enhanced by the addition of Arcade Fire violinist Sarah Neufeld. The album was eventually completed and released in 2013 to widespread acclaim, and was particularly commended for the songwriter's choice of recording live to tape. North Americana was a success and garnered comparisons to the work of Ryan Adams and Jeff Buckley. Vollebekk returned in 2016 with his third effort, Twin Solitude, which featured use of the Moog synthesizer and harp performances from Sarah Pagé of the Barr Brothers.
-Artist Biography by Rob Wacey via AllMusic 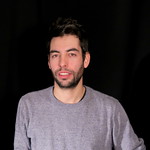 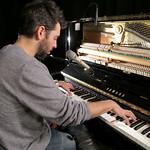 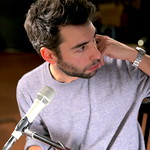