by
Alisa Ali
With a career spanning almost 40 years, John Doe has an impressively varied catalogue of music under his belt. He was a co-founder of the influential  punk band X which started in the '70s. In the '80s he put out a rockabilly album with his band The Knitters and in the '90s he began his solo career with a country record called, Meet John Doe. In 2011, John Doe released his ninth solo record, Keeper, and realized that he’d made more albums on his own than with his previous bands. It was then that he had the idea to release a collection of his solo work. “I wanted to convey the idea of the best: this far,” he says. “This is not ‘I’m done, I’m over, this is the best I’m ever gonna do.’ This is more like a celebration of the not-so-distant past.” Earlier this year, Yep Roc released The Best of John Doe: This Far and we had the privilege of hosting John in Studio A for an FUV Live session where he performed some of the songs from the record, which you can watch here. 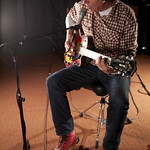 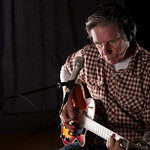 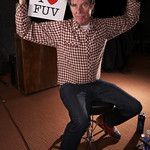 Nathaniel Rateliff in Studio A (photo by Gus Philippas/WFUV)

From the Vault: Nathaniel Rateliff