Driving all night from Minneapolis to New York for his set at FUV Live at CMJ, the 22-year-old James Bay played a solo, mostly acoustic, set of seven songs, including a few found on his recent EP, The Dark of the Morning. Shifting between hushed confessions and keening declarations on songs like "Let It Go" and "Need the Sun To Break," Bay, reminiscent of a young Johnny Depp and sporting a wide-brimmed hat, was charming and chatty. He admitted that he was "speechless" to be performing in New York and offered his EP for free (not surprisingly, by night's end he was surrounded by new fans). Owning up to a drunken, stumbling night which inspired the writing of his single, "Move Together," Bay also ended his set with crimson electric guitar in hand, rocking hard with "Collide," revealing that the sensitive balladeer had a rowdy, cutting edge too.

Set list:
When We Were On Fire
Best Fake Smile
Let It Go
If You Ever Wanna Be In Love
Need The Sun To Break
Move Together
Collide 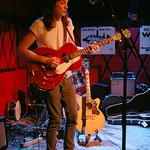 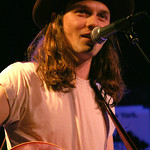 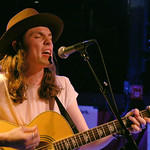 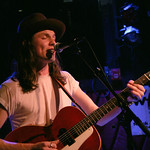 Question of the Day
Double Entendre

Question of the Day
Going (to the) Country

Question of the Day
Doors