A new artist who defies easy description, Auditorium is the band name of Spencer Berger. Berger began performing at the age of nine as a member of the Metropolitan Opera’s Children’s Chorus, singing onstage with legends like Luciano Pavarotti and Placido Domingo.

Fast forward nearly twenty years later and Berger has just released his album, The First Music. For this very-DIY album, he played all of the instruments and recorded all of the vocals over 200 consecutive nights in his apartment.

The result is a goosebump-inducing album of lush, genre-defying arrangements, solid storytelling, and strong melodies. Auditorium's new album is really unlike anything else I've heard in a long while. Berger performs the songs solo acoustic for us in Studio A where we really get a sense of his vocal gifts 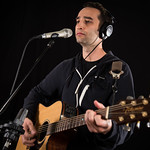 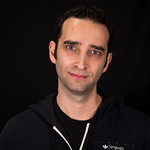 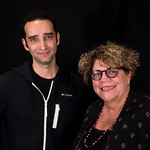